List of Offshore Software Development Rates for IT Outsourcing

According to Statista, in 2018, the global outsourcing market amounted to 85.6 billion U.S. dollars. 66% of the entrepreneurs nod YES when it comes to software outsourcing and this number is increasing with each passing day. Cost is a crucial factor behind this.

Learn The Rate For Your Requirements !

If you can afford to hire in-house software developers or nearshoring, good for you. As W. Edwards Deming said, "In God we trust, all others must bring data.” ,so,  look at the data before you take a decision.

In the United States of America, app development starts at $50/hr (mainly freshers or very junior level developers). Experienced developers can easily charge $150 hourly, and in some cases the sum can jump to $200/hr, depending on the skills and efficiency you are looking for.

In this article, we will review the Offshore software development rates for IT outsourcing based on regions. The numbers are based on the rates as indicated in Clutch, Goodfirms, Upwork, and some other freelancer sites. We also spoke to some of the big enterprises as well as startups personally to cross verify our research.

We have divided the outsourcing rates into 3 categories: Europe, Asia, and Latin America. 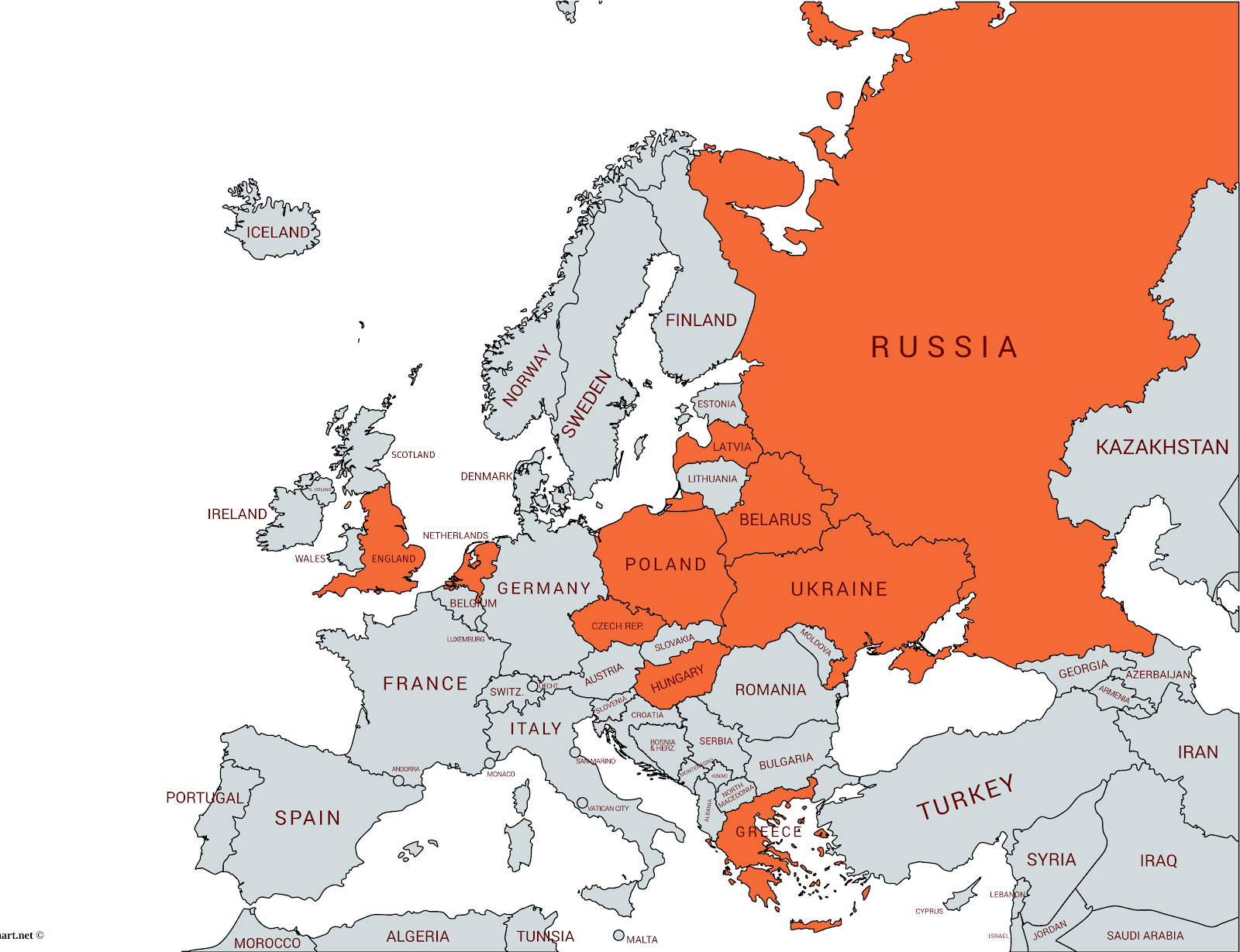 The IT-outsourcing market revenue for Europe is expected to amount to approximately 103.9 billion U.S. Dollars by 2021. According to Stack Overflow, Europe had almost 5.5 million software developers as of 2018. Given these numbers, outsourcing software development to Europe is a costly affair.

Let’s get into the depth of “Outsourcing to Europe”. The average software engineering salary in Europe in 2019 is approximately $55,000 a year. When we talk about Outsourcing software development to Europe, the first place that pops up is Ukraine.

Ukraine is the second-largest country in Europe with over 2,00,000 IT professionals and is the most popular destination for outsourcing software development in Europe. With that many developers on board, Ukraine offers specializations in a variety of technologies. The overall number of software engineers in Ukraine, according to IT Ukraine, was 116,000 in 2018 and is expected to grow by a whopping 125 percent by 2025.

After Ukraine, Belarus, and Russia are the top outsourcing locations of this region.

Though it seems Europe has an upper hand when it comes to outsourcing software development in Ukraine, this might be problematic because :

Ukraine’s strategic documents has protection of IP rights among policy priority but the implementation of IP-related reforms remains slow. Ukraine still is held responsible for wide-spread use of unlicensed software by government institutions but they are trying to better this situation and prove themselves reliable software outsourcing partners.

[b] Crumbling economy and civil unrest :

Amidst regular armed conflicts and corruption, Ukraine’s GDP grew by 3.3% in 2018. But, still there is little or no financing available for business and economic growth has largely been due to the intervention of international organizations.

Though not a big problem as majority of the developers in Ukraine have an intermediate level of English proficiency but it’s not the same with citizens of Ukraine, in general. There are still companies where they still don’t think English is crucial for communication, which can lead to misunderstanding and increase in costs later on. 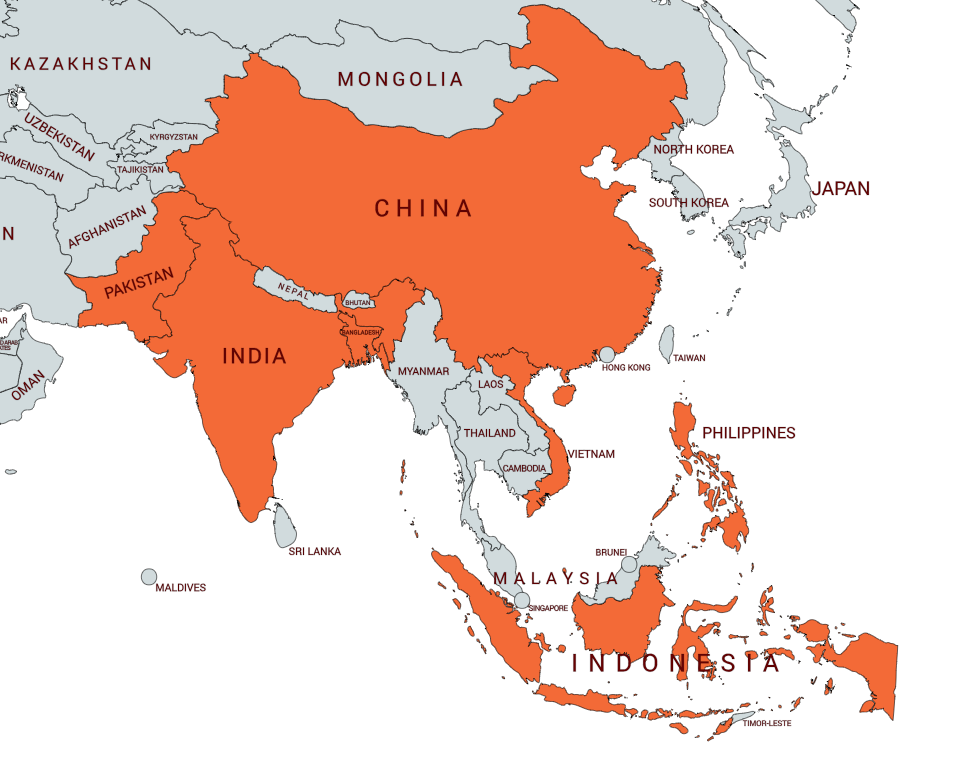 Outsourcing and Asia (especially India and China) go hand in hand. Outsourcing has a huge impact in the economy of both countries, and both have a pool of skilled labor and lower software development costs available for potential partners.

These low rates might be tempting at first but relying on these rates to develop your dream software might cause your expenses to be on the higher side in the long run, fixing all the corners they cut.

Speaking of software development, let’s take a look at why India and China are in such high demand. According to OurStockPick, In 2018, India’s high market share in the global services sourcing industry stands at 56%. This was the highest in the world.

Both India and China have a huge talent pool offering great services at a low cost. A study says that in 2017, China had 6 million people associated with the software industry. But, the problem with outsourcing software development to China is their inability to address the intellectual property issues and fluency in English.

With not such a big economy as China, India is still at a run for a strategic trade partner with the United States. It has a relatively robust economy, (it has) a lot of potential down the road. And this results in India having an upper hand when we talk about outsourcing software. Let’s take a detailed look as to why?

[1]  According to KPMG, the market size of India's ICT industry is currently estimated at $180 billion and projected to grow to $350 billion by 2025. The market breakdown by category is: IT services (52 percent), ITeS BPM (19 percent), Engineering and R&D Software (20 percent) and Hardware (9 percent).

[2] India remains unmatched when it comes to its vast pool of skilled and talented resources. Around 3.1 million students are added to the workforce each year in India. And, almost 200,000 software graduates are employed by the IT industry every year. Because of this huge talent pool, any development challenges that are thrown across to them are tackled with utmost accuracy. And this attraction of India is not only merely on the basis of numbers, but also, the quality software they provide.

[3] India is home to almost 125 million English-speaking people, making it the world's second-largest English-speaking country, only second to the United States. So, mis-communication doesn’t stand a chance.

[5] Some people fail to notice but India has an advantage when it comes to time zones too. It is very easy for Indian companies to arrange sync-ups and calls during the sufficient overlap period with the USA,  Europe, Australia, UK, and other countries. There are also dedicated employees who spend more hours at the office to compensate for the time difference. Also, if a business has its in-house development team too, their business runs 24x7.

This is mostly not true when you hire software developers form competent firms. In India, you will find a blend of all sorts of software companies - experienced and inexperienced. For capable, experienced companies, communication is the topmost priority. Yes, the challenge can be to separate the wheat from the chaff. But with detailed research, this shouldn’t be an issue.

Read more : How to hire a software development team?

According to surveys, this year, the salary of indian developers are all set to see a spike, which means, the customers need to plan their budgets accordingly. 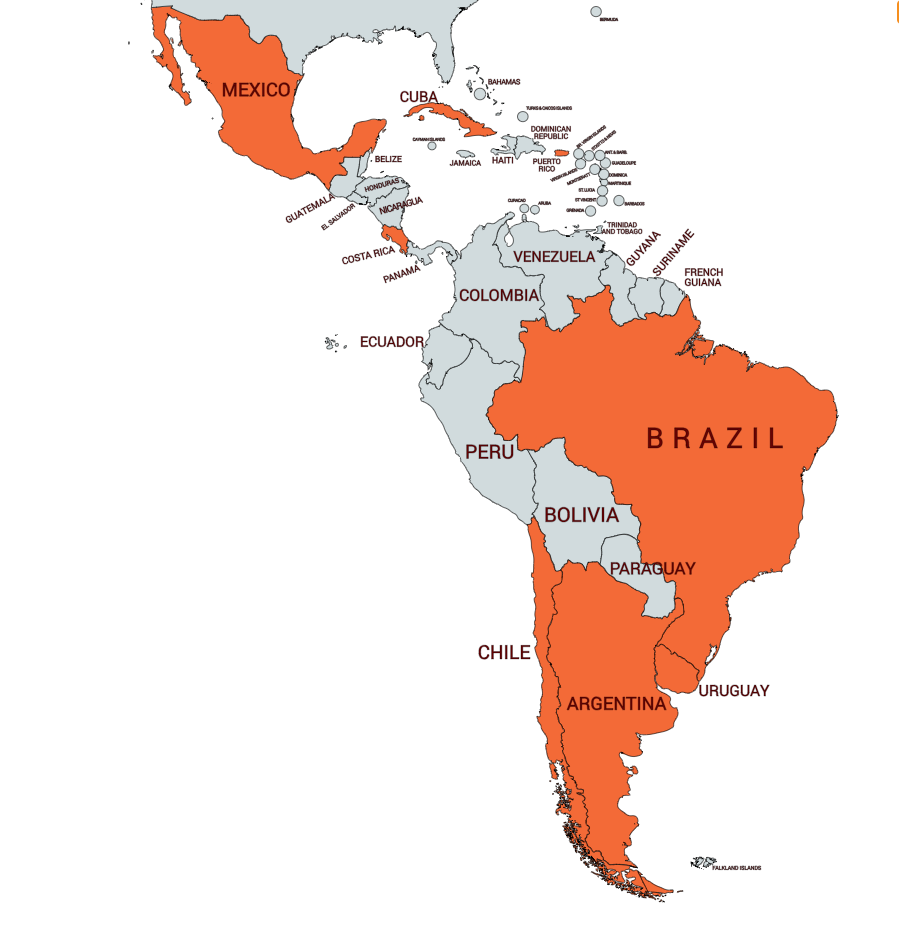 The biggest advantage that Latin America has is the full workday overlap with the US. Latin-America also has highly-experienced and educated software developers that offer cost-effective rates. If someone’s priority is having a coffee with the software development company every month or so, then Latin America is one’s best bet.

But, Latin America also has a few drawbacks

[i] Language -They have a majority of Spanish-speaking population and communication becomes a challenge. They also do not seem to have very specialized software developers, though they have developers in abundance. Picking and choosing the good ones sometimes seem like an issue.

Unfortunate increase in the crime rates in Mexico over the last few years because of the political turnover is not helping with the outsourcing situation either.

Get a Complimentary Software Outsourcing Estimation !

Why Offshore Software Development With BinaryFolks Make for a Wise Choice?

101% Value For Money (+1 for Our Complimentary Consultation before You Spend Your 1st Dollar!)

Reviews That You Can Verify!

Safeguarded Business With An NDA

Questions Galore (Until Your Requirement & Our Understanding are mirror copies!)

I hope, now, you have a good idea of the difference in offshore software development rates in IT outsourcing for all the regions. You are also now aware about, with cheapest rate what are the compromises you are going to make and how the Total Cost of Ownership (TCO) will eventually go up.  Because, you will ultimately end up paying more on account of different remediation work, by the time the project is at a launch stage. And apart form this you can also read this article to know about the best outsourcing model which will be beneficial for your business.

So the end-goal is finding that sweet spot between low price and really good quality end product. Because saving money will be meaningless if the end product doesn’t perfectly meet your business goal. So Choosing the right software development company will be the key to success.

Choose a company that are experts in their fields. If they are, it will be reflected in the way they communicate, they process the requirements and they have the confidence to code their way out of any level of application complexity. You can try Binaryfolks once, because 94 % of customers who tried us in the first place, never really looked back for any other provider.

Liked it? Want to know when such interesting articles are published?

We will never spam or share your email ID with others.

Email ID
Where we can send the PDF instantly !!!