According to Allied Market Research, the worldwide mobile application market is expected to rise at a CAGR of 19.2% to reach $311,249 million by 2023.

The CEO and founder of Interchange, Matt Galligan quoted, “In my opinion, the future of mobile is the future of everything.”, so, businesses who are eyeing to influence people with their innovation need to develop an interactive and fluid mobile app. But, which app platform to choose? Android or iOS? Or both?

Native apps are platform specific, i.e. separate coding is required for iOS and Android respectively. These will run only on the target platform with the support of all the native technologies and hardware components.

With native apps, as they are developed and optimized keeping a specific platform in mind, their performance is also better. They are faster, responsive and efficient, also more secure. With benefits, native apps come with some disadvantages too.

So, in order to curb the cons, businesses started demanding hybrid solutions, i.e. apps developed using HTML, CSS, and Javascript, and then wrapped in a native application. Though the advantages were fast development speed and code reusability, the hybrid apps struggled from sluggish performance and below par UI/UX. 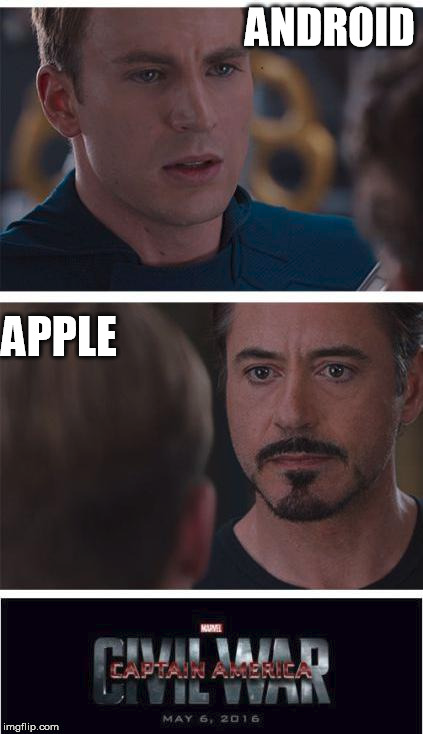 With the objective of limiting performance and UI/UX related issues in hybrid apps, Cross-platform app development became an important name in the mobile app development community. Cross-platform apps run on a variety of operating systems. After a code is written, it can be deployed on different devices and platforms without apprehending whether they’ll be incompatible with the platform or not.

In 2015, Facebook announced the release of a solution, React Native, that made every mobile app developer in the world cry tears of joy. React Native is an open-source framework and is super web-developer friendly as codes can be written only using Javascript. React Native, as soon as it was launched, also became an obvious choice as it helped the mobile apps achieve a level of performance that is indistinguishable from native apps.

What is React Native?

React Native is built on top of ReactJS and is a one-time-write and deploy anywhere solution and is eyed to speed up mobile app development. React Native lets developers create web user Interfaces in JavaScript based on reusable visual components. React Native is also capable of handling data changes over time without page reload.

React Native, in simple terms, help you develop full-blown applications that run and look exactly like native without even a single line of platform-specific code.

It was developed keeping 2 scenarios in mind:

React Native has a tagline “Learn Once, Write Anywhere” which simply means if you know JavaScript, you can develop and implement applications on any platform of your choice, without needing to learn a fundamentally different set of technologies for each.

All businesses have a question, Is React Native the right solution for us? Let us help in answering that question. 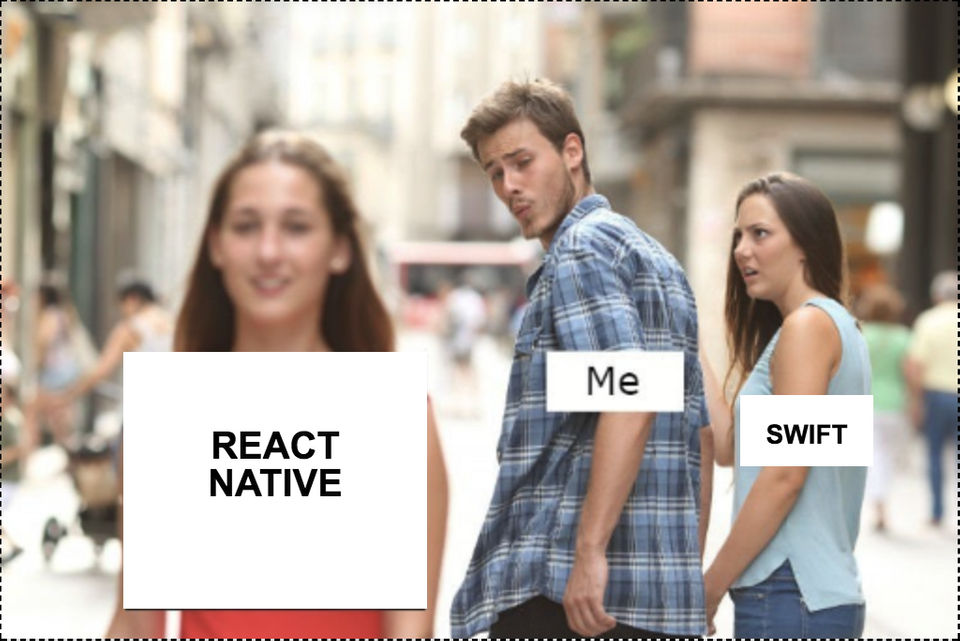 5.61% of the top apps contain React Native. Let’s take a look at what advantages React Native has and why it is growing so much in popularity. More importantly, why should you develop a React Native app for your business?

React Native uses native components instead of web components for the user interface development along with JSX which is a syntax that is used to embed XML with JavaScript. The native components are rendered with native APIs directly and independently, hence increasing performance.

This will ensure that the apps built with React Native will have quicker load times and a smoother feel. This also makes React Native a popular choice as the apps offer flawless performance as well as aesthetic appeal.

There are some platform-specific instances, say, design implications are different on iOS and Android;  React provides Platform specific file extensions that can detect the OS supporting the app and use it to define platform-specific implementations.

Native apps demand a huge time commitment on the developer's side as these apps are natively coded,

Objective C, Swift for iOS and Java for Android. These apps have a long compilation time and any small change to the apps needs to be pushed and tested in two completely different environments.

When we talk about React Native, this development time reduces as it’s possible to share a single code across several platforms. Instead of developing two separate apps, developers now need to develop only one and share the code and make necessary platform-specific changes, decreasing the development time.

There is a huge demand for mobile apps. But, when the time comes to actually develop it, we see the follow up to the demand deteriorates due to the exorbitant cost of app development. Native app development costs spiraling out of control for the past few years. This is mostly because of the huge time associated with developing native apps. The maintenance charges of Native Apps are also pretty high.

But, with React Native, the maximum part of the code can be shared between the 2 platforms and as there is no need of building separate apps for individual platforms, the cost of development reduces substantially. Also, there exists an open-source library of pre-built components in React Native that also helps in lowering the app development cost.

Hot reloading in React Native only refreshes those files that have changes without refreshing the app. This avoids annoying interruptions that are really an inconvenience.

Even though React Native is a framework and vastly simplifies mobile development, there are certain things to keep in mind before starting with the app development with React Native. 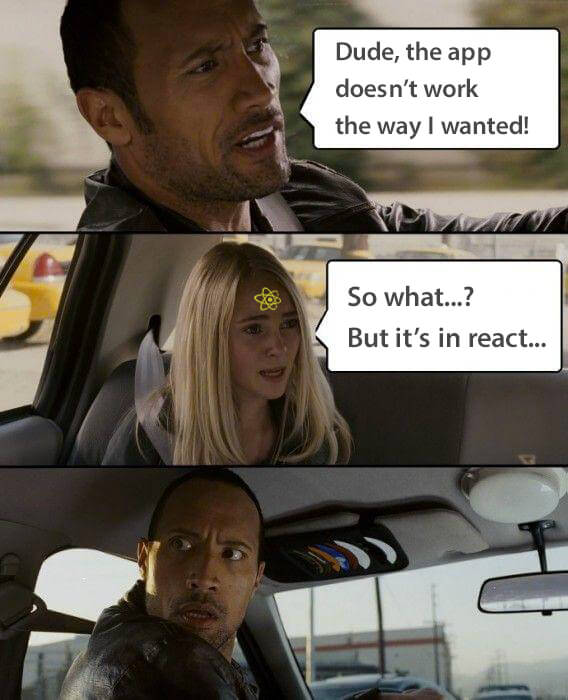 When should you consider not using React Native for app development?

[1] If the app requires features too complex, ex: too many screen transitions, animations, device sensors, geolocation etc, a native app is a better option. If your app’s performance is a high priority for you, steer away from React Native or any cross-functional app development platform.

[2] If your app relies too much on graphics, say, a high-performance gaming app, cross-development might not be the best option for you. Your users will not want to play a game that has any amount of lag.

[3] If you need to develop a companion app for Apple watch or Android wears or smart TVs, React Native does not support these platforms.

Why Does React Native App Development With BinaryFolks Make for a Wise Choice?

101% Value For Money (+1 for Our Complimentary Consultation before You Spend Your 1st Dollar!)

Reviews That You Can Verify!

Safeguarded Business With An NDA

Questions Galore (Until Your Requirement & Our Understanding are mirror copies!)

React Native incorporates all the native features without compromising performance and well optimized for a timeframe, cost, and resources.

It is relatively new but it’s maturing well.

After reading this article, you know what React Native has to offer and whether or not it’s a good idea for you to develop a cross-browser app for your business.

If you are considering app development with React Native, drop us a line and we’ll gladly hear you out. The consultation and estimate are completely FREE.

Liked it? Want to know when such interesting articles are published?

We will never spam or share your email ID with others.

Email ID
Where we can send the PDF instantly !!!